After a co-worker told me about the Boston Duck Tours, a bus that takes you all around the city and into the water, we decided to take the tour our first day together so that we could get a nice overview of the city. That morning we woke up to some pretty cold weather (at least for us Floridians!) The temperature had dropped into the 40’s and 50’s and it was drizzling. Not the best day to take a duck tour but despite the weather conditions, we still had a fun time. The tour guide was really great and gave us all sorts of fun historical info and riding a bus into the water was pretty cool! Because of the weather, everyone closed the windows on the bus, so I wasn’t able to get too many pictures. I managed to take one of the Massachusetts State House (with real gold on top!) and one of another bus in the water. We were on a yellow duck, which I found really fitting 🙂

After the tour we headed over to Wichit, a sandwich shop that had gluten free bread, and then we meandered around a little bit before I had to head back for another session. We found a Farmer’s Market right outside of Trinity Church and one of the stands, White Lion Baking Company, had gluten free goodies…so I bought a cupcake. Yum!

Later that evening we had dinner at a Mexican Restaurant, Zocalo…and it was delish! The guacamole was so yummy! We found a mirrored building on the walk home and took a selfie or a couple-ie? 🙂 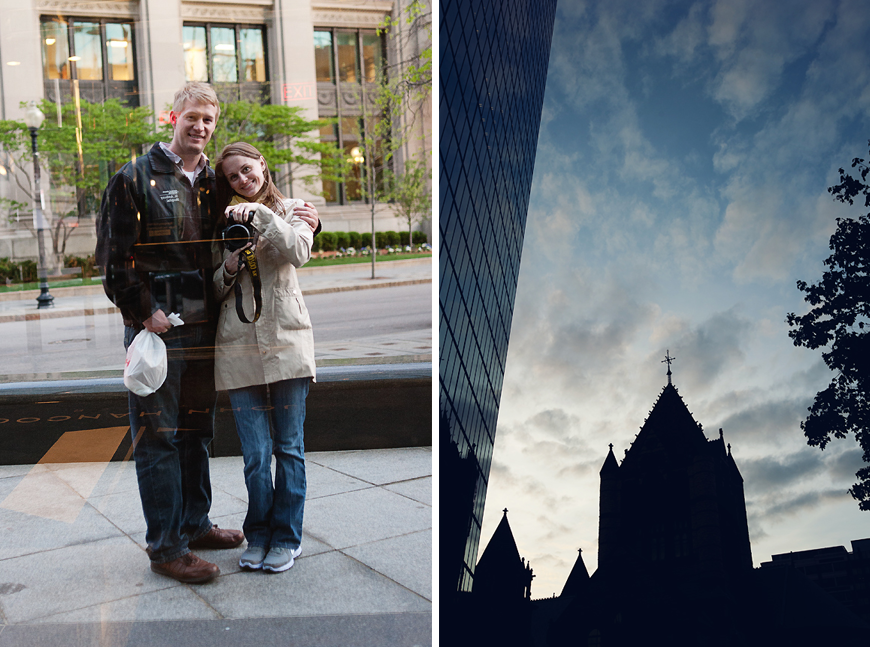